In January there are two major events in Minneapolis and St. Paul that are uniquely Minnesotan – the US Pond Hockey Championships and the Saint Paul Winter Carnival. The first is a celebration of Minnesota’s favorite sport, and the second is a celebration of winter. Both are outdoor events, which makes non-natives think Minnesotans are slightly crazy. But, we have six months of snow on average, so we might as well make the most of it.

The US Pond Hockey Championships attracts teams from over 30 states and a half dozen countries. The premise is simple – playing pick-up hockey outdoors like you did when you were a kid. Or as the event describes it, “The way hockey was meant to be played.” Teams range from an open field to over 40, over 50, women’s, rink rat and boot hockey levels.

I went out this year, as I have for several years now, and the wind was bitter. The temperature was hanging at 1 degree, and I would guess the windchill was about -15. I didn’t want to take my camera out in the cold, so I recorded a few games in Hipstamatic on my iPhone. Wasn’t I cold? A little. But seeing people play with that much passion for the game kept me warm.

Next weekend is the start of Winter Carnival, and I hope to capture more pictures of winter on my iPhone. Until then, don’t forget to wear your Cuddl Duds! 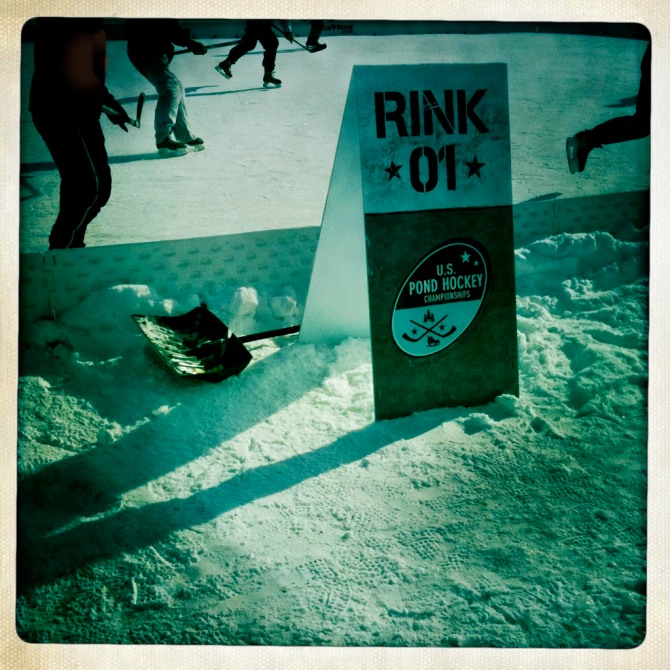 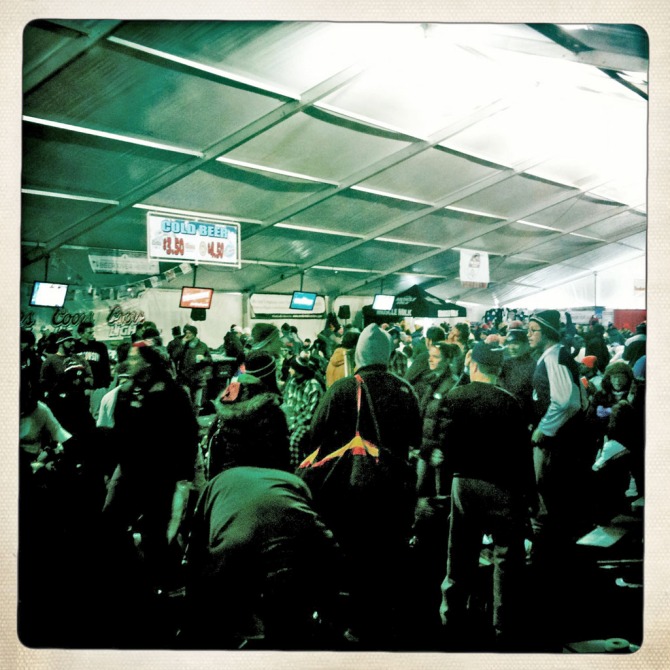 Balancing down the steps from the warming tent to rinks set up on Lake Nokomis. 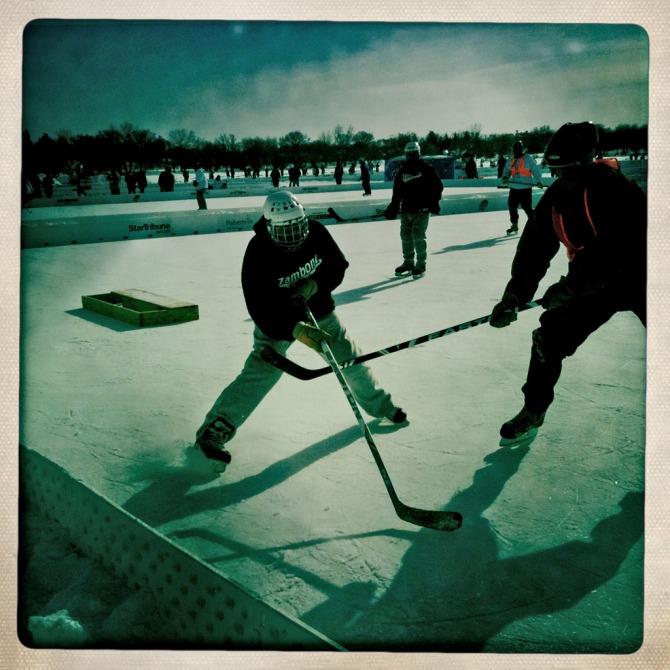 Fight for the puck.