In October I sent 515 images to ScanCafe. I have two three-ring binders of very organized negatives and slide film, mostly of travel from nearly a decade ago that I want to save forever. Honestly? Most of the pictures are complete garbage, and that’s being nice. I can’t believe I took 13 pictures of a cliff side. Come on! Crashing waves aren’t that interesting. But I saved them all, fearful of deleting some sort of memory or place in time that I will never see again.

Of the 515 scans that now sit on my hard drive, the people of Venice, Italy are a favorite when looking back at what I had captured so long ago. The pictures made me realize that I’m not as adventurous with my camera as I used to be because I have developed an adult conscience. I’m too concerned about being nice and not offending and being respectful and not acting like someone who just points their camera at anything.

I have altered my photography because of limitations. Yes, I used to center everything instead of putting a picture into thirds, but I caught a few elements of life of Venice by not knowing the rules. Maybe in 2011 I need to remember to throw the rules out once in awhile. 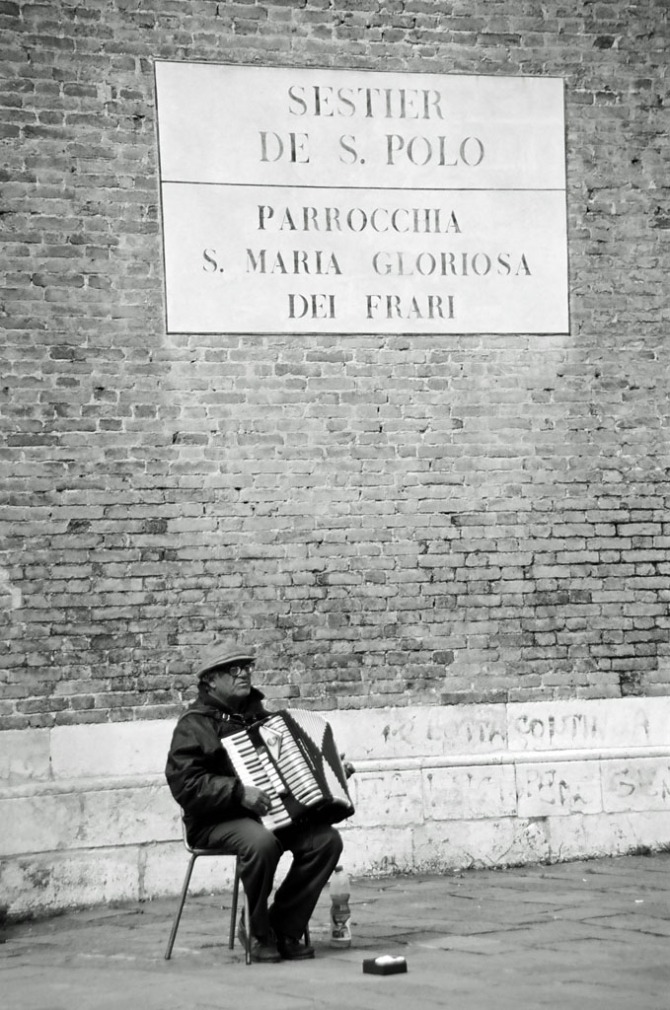 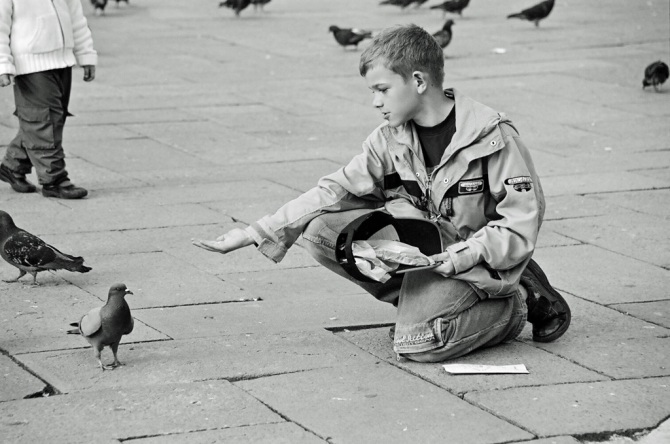